On February 25th, members of the Boingnet team joined HomeStart’s fight to end homelessness by participating in their 9th annual ICycle event. HomeStart ICycle 2016 was an outdoor spin class that takes place OUTDOORS right in the heart of Boston. This year, 26 teams throughout the Greater Boston Area joined together to take part in this fun event that pushes riders to their limits while raising funds to support the local homeless population.

In addition to the fundraising aspect of the event, the purpose of riding outdoors was to drive awareness to the plight of the homeless, who each year are constantly subjected to the harsh New England February weather. So with that knowledge, we made our company t-shirts, filled our water bottles, and ventured out into the city, not really sure what to expect from the event. The only thing we knew was that we would be making a positive change for at least one family’s life.

The mission of HomeStart ICycle 2016 was to take even more steps towards ultimately solving the homelessness problem that Boston s has been facing for the past several decades.  While homeless shelters do make quite a difference, they are simply a temporary fix for a long term problem. HomeStart’s goal is to wipe-out homelessness altogether. Since their inception in the early 1990’s HomeStart has placed over 7,000 families in permanent housing, raising an incredible amount of donations through programs like ICycle. Most of HomeStart’s clients are homeless single parents and children, victims of domestic violence, veterans, and people with disabilities. 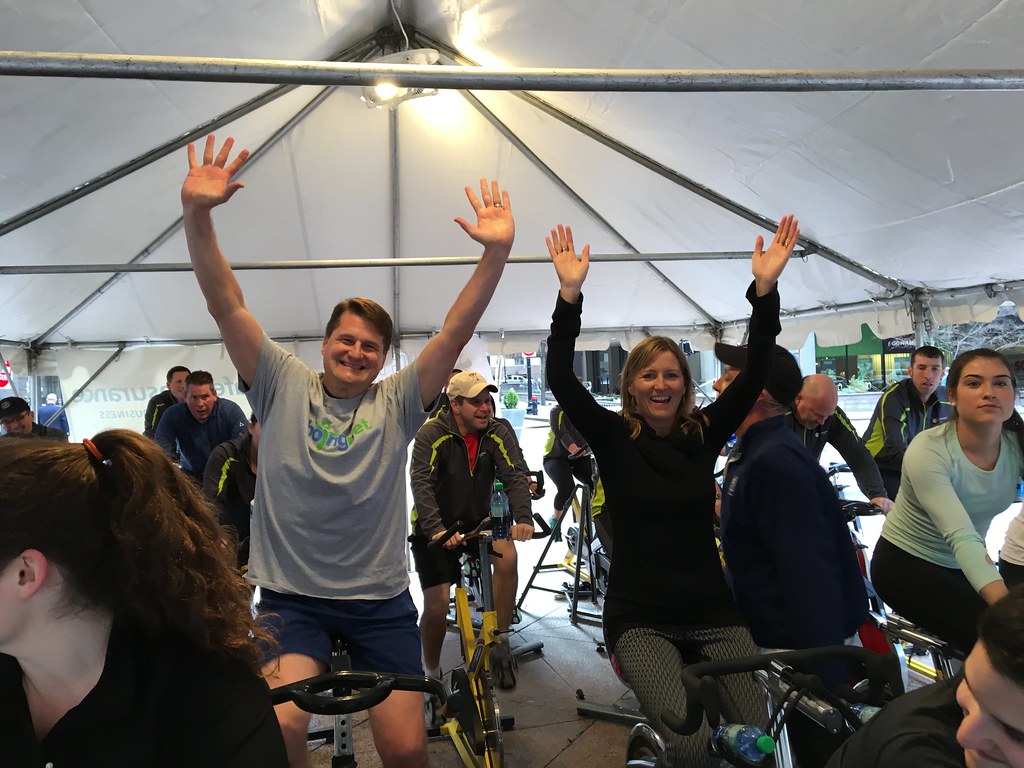 “We want to thank all of our friends, supporters, and especially the brave riders who made this year our most successful ICycle yet,” said HomeStart’s President & Executive Director Matt Pritchard.

This year’s ICycle event attracted people of all sorts. In addition to the expected swarms of  businesspeople and newscasters, Pat the Patriot, Blades from the Bruins, and the beloved Wally from the Red Sox were also in attendance.

With a goal to exceed last year’s $140,000 donation by almost 40%,  teams set out this year to raise an astounding $225,000 with matching gifts. Imagine how many people will be helped from this, considering 92 cents of every dollar donated goes to HomeStart’s core programs and services.

Throughout the day,  a total of 323 riders were split between 26 teams. And although we here at Boingnet were pretty sore the next day, it was nothing compared to what the homeless have to deal with night in and night out.

Boingnet is extremely thankful for the opportunity to to give back to our community. HomeStart is truly an incredible organization, and they are making a extremely positive impact in Boston and the surrounding areas. We’re very proud to a part of their mission.

If you are interested in donating or learning more about HomeStart be sure to go to their website for more information.

If your team was involved in Homestart ICycle 2016, you can find all of their photos on their Flickr account.

Kelli Williams deals with all things social media related at Boingnet, and also lends her writing skills to content writing for blogs. A recent graduate of Bridgewater State University, Kelli has a passion for writing, pop culture, and marketing.